Santa is on his way, spreading Christmas cheer with this adorable card design from Rosali of I Love Stamping. Rosali has used the Loads of Joy stamp and die from My Favorite Things to create this delightfully charming card.

Be sure to pop over the Rosali’s Instagram page for oodles and oodles more inspiration. 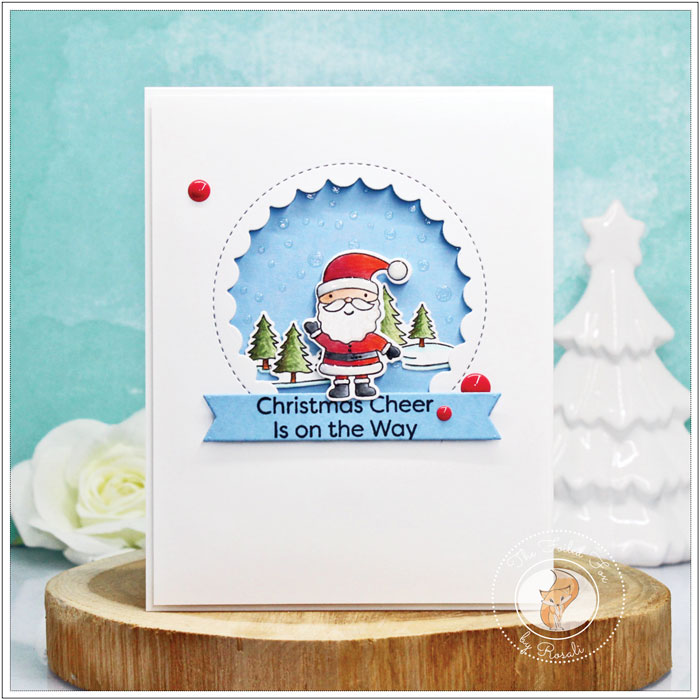 Rosali started with a Neenah white A2 card base and a white card panel slightly smaller than the card base. Using the Lawn Fawn Reserve Stitched Scalloped Windows die set, she cut a scalloped circle in the panel.

Rosali also cut a light blue card stock panel and added clear snowfall droplets in the center so they would show through the round window by placing the Snow Flurry stencil over the panel, then spreading transparent embossing paste over top. After removing the stencil, she let it dry. 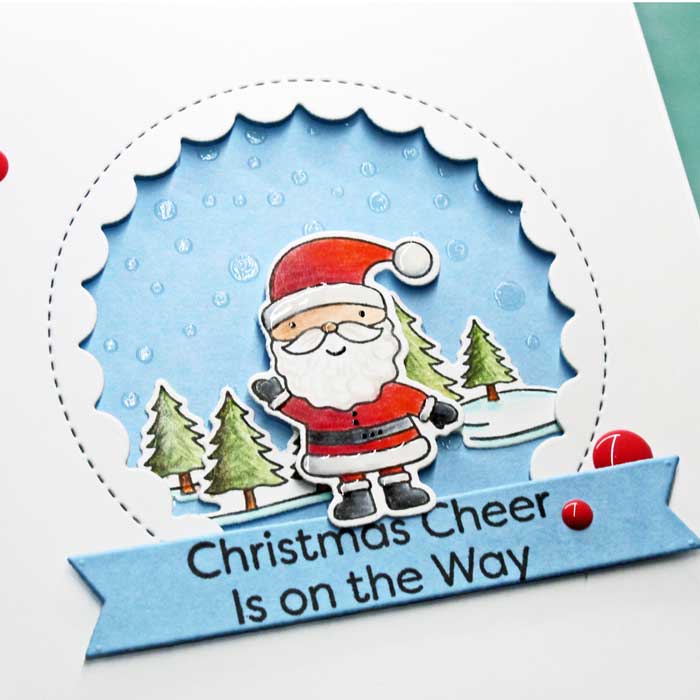 In the meantime, Rosali stamped the Santa and trees with black ink and colored them with colored pencils. When finished, she cut them out with the matching die set and added glossy accents on his white fur to have it stand out and have dimension. While Rosali was at it, she also cut a banner from the Flippin’ Awesome die set by Lawn Fawn and stamped one of the sentiments in the Loads of Joy stamp set. 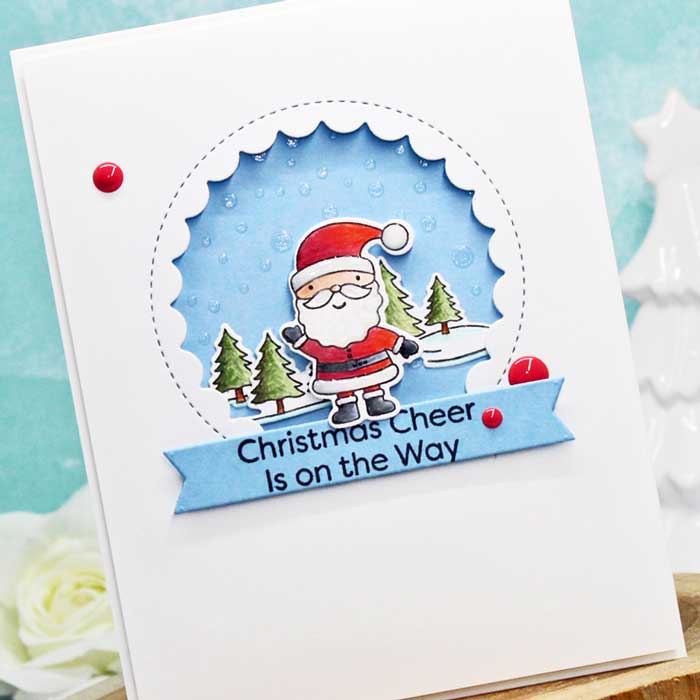 With all the pieces done, it was just down to assembly. The scallop window panel was mounted on top the white card base with some foam tape, then the Santa and trees were centered and mounted into the window. The sentiment strip was placed on top the white panel and a few red enamel dots were added for a holiday flair. 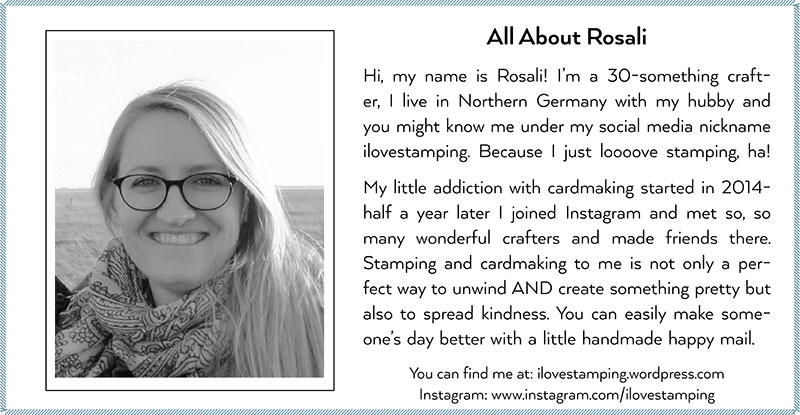