Sled Ride In The Winter

The card design today does not have the usual color scheme for a Holiday card… but it is still one of my favorites. It might be that I love black and the contrast. In any event, I couldn’t resist making this color combination.

Besides the black, red and white, I love Pinkfresh’s Squirrel Friends stamp and die set. These squirrels are so cute! The other great thing is that I think you could use them year ’round. I am eager to see them in a forest meadow scene. 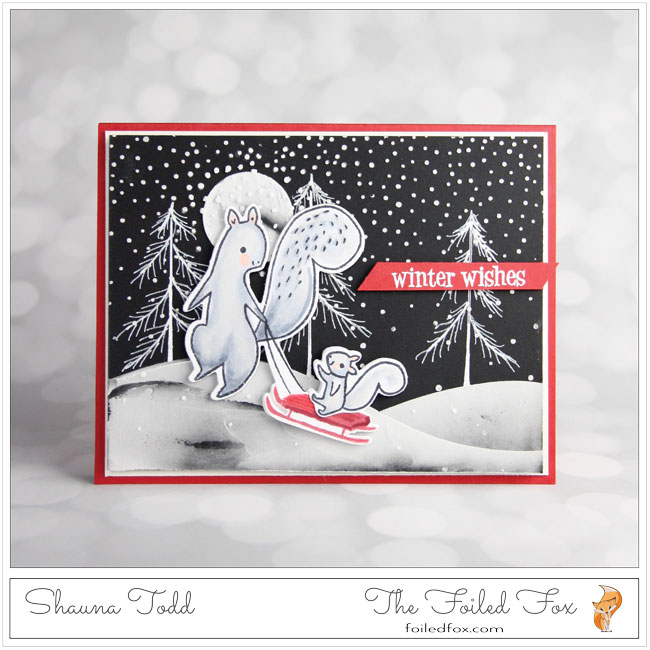 This card starts off by making the background. I used one of my favorite techniques to make the snow and the new Alexandra Renke Snowfall stencil is fast becoming my favorite!

So, to jump in, with a piece of black licorice cardstock and some Ranger Opaque Texture Paste, I started to make the snowy ground. I did this by using the My Favorite Things Drifts & Hills stencil and positioning one of the edges where the top of the hill would be and applied texture paste below it. Now I had one hill done but I wanted another to show dimension so I waited for the texture paste to dry (what am I thinking, of course I carefully dried it with my heat tool to speed up the drying – it just took a moment) then chose another edge on the stencil, laid the edge so it would create the top edge of the hill and smeared texture paste along the bottom to create the second hill, letting some of the black cardstock show through. When all the hills were dry, I decided to hand-draw some trees. I could have stamped them but instead, I drew a vertical line with my #10 white gel pen and added branches with the #8 white gel pen. This may seem hard to some of you, but really it is just drawing a few lines and fringing them out. Try it, it is faster and easier than you think! 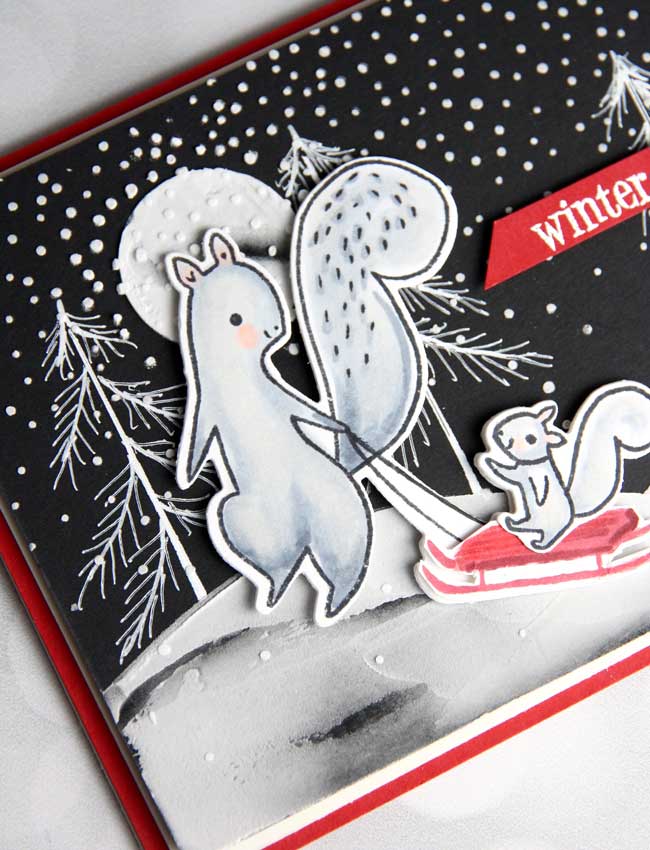 Once the trees were drawn, I added a moon with the same texture paste using the My Favorite Things Circle Basic Shapes stencil, let that dry (speed it up with a heat tool – just takes a minute). Then, added the ‘snow’ by using the Alexandra Renke Snowfall stencil and texture paste. The background is now done. You may think it took a while but it took much longer to write the instructions than doing it! 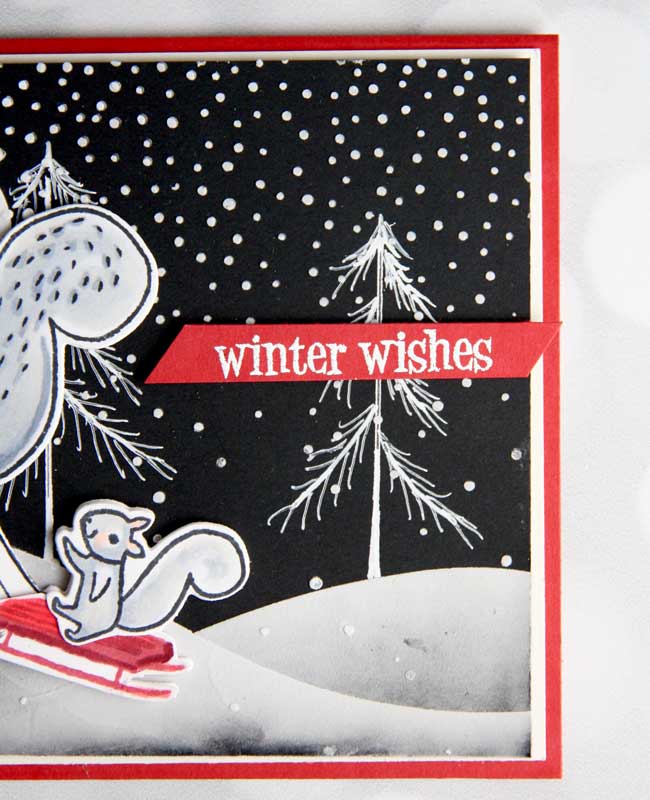 With the background done, I started on the squirrels. The die is one piece but there are individual stamps so I first cut out the outline and then stamped the “Mama” squirrel onto it with Memento Tuxedo black ink and stamped the sled with some red ink. I also stamped the baby squirrel and scarf onto a piece of white cardstock.

Ok, the squirrels are done so let’s put it together. With a red card base, I added a slightly smaller white cardstock panel on top, then adhered the background on top of that. Next, I added the squirrels and sled with some foam tape. The sentiment was the only thing left to do. I chose a sentiment from the Penny Black Christmas Sentiments stamp set and stamped it onto a strip of red Peppermint cardstock with Versamark ink and heat embossed it with white embossing powder. 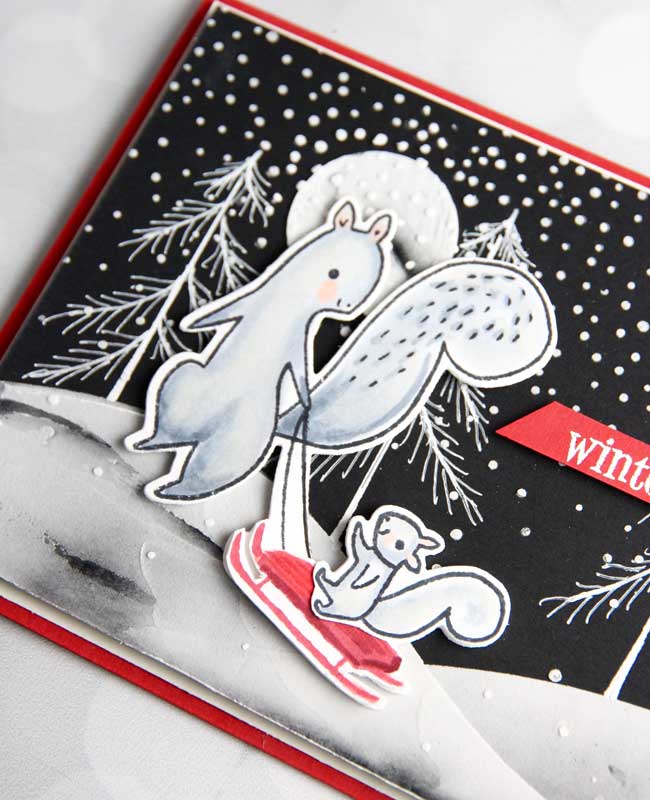 The final touch was to adhere the sentiment with some foam tape. And there we have it – done! 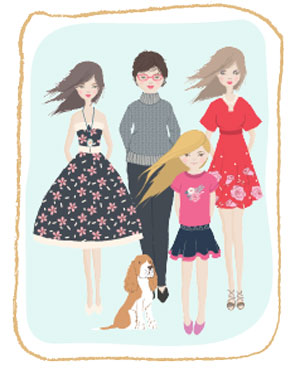